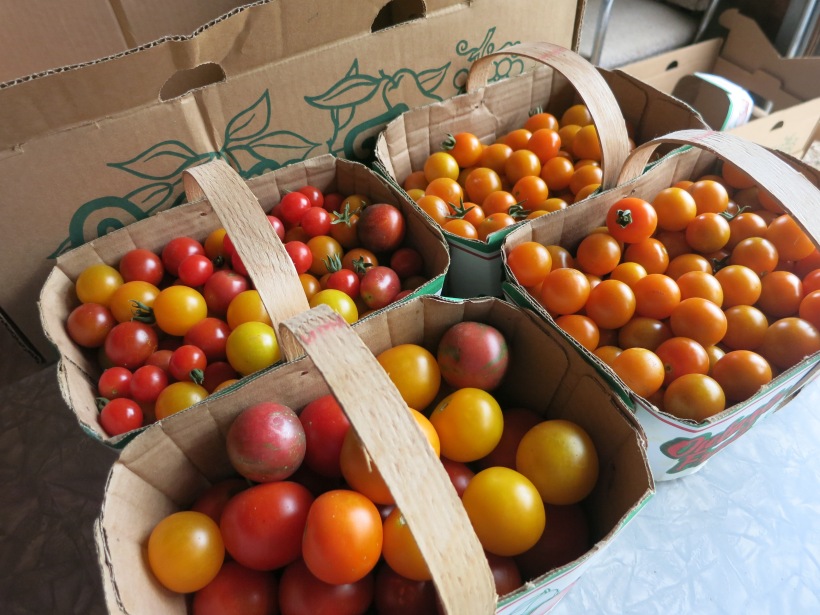 We always get excited when the first tomatoes are ripe & ready for harvest.

The cherry tomatoes lead the way – orange, yellow, pink & red – along with some grape & smaller salad sized fruit. So far there have been just enough to tease our customers at market & prove the old adage – the early bird gets the worm (or tomato in this case). This week we are picking a few more, enough to also tease our CSA members & provide a small taste.

But this week is really a good news/bad news scenario.

The lack of rainfall or drought as it’s being rightly called, is beginning to have a more noticeable effect on our CSA boxes. We could entitle it “what’s not in the box?

Raspberries are the biggest disappointment. They have come, and almost gone in a hurry. What began as a promising crop has been reduced by 90% – we’re only picking about 10% of an average crop. The rest have dried up. Other crops that have been lost or reduced include fava beans, the first plantings of broccoli & cauliflower, green beans, sweet onions, edamame. Peas – snow, shell & sugar snap – and spinach were good while they lasted, which was about half as long as usual. The losses will be felt right through the season since we have not been able to seed as many vegetables lately as planned. Everything has to be watered now in order to get it to germinate, & water is in short supply! Crops that have been transplanted are faring poorly. About 1/3 of our winter squash didn’t make it along with fennel, some lettuce …

The result is a CSA box that may be getting smaller instead of larger, and a table at the farmers’ market with less instead of more.

But there is good news!

As already noted, the tomato harvest has begun & they are looking good. We are watering them as much as we can & so far it’s paying off. The plants are outdoing themselves. 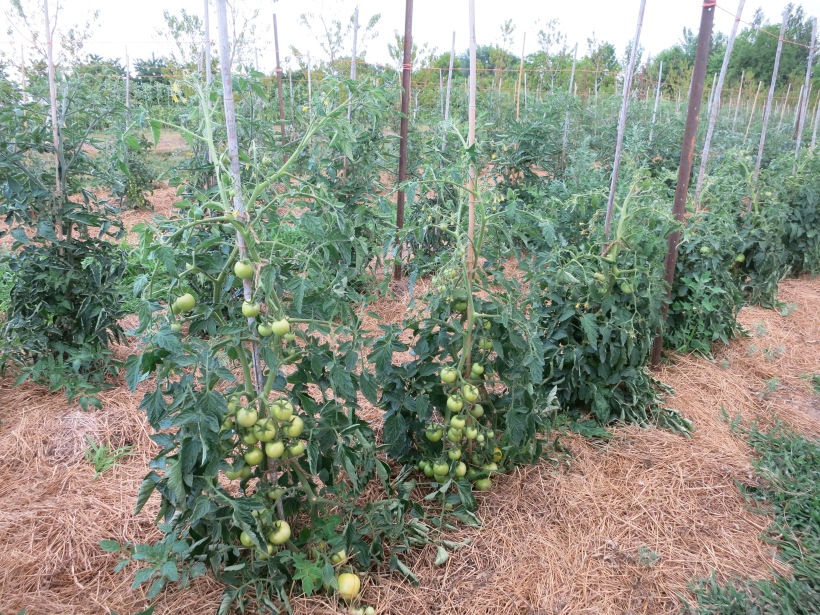 Peppers, eggplant & even artichokes have established themselves & are growing – albeit slowly. The winter squash that survived are beginning to runner & spread and have blossoms & small squash. Zucchini, the next plantings of broccoli, kale, collards, beets … are doing well.

Blackberries – one of our biggest crops – are looking good. We remain hopeful but know they require a lot of water as they ripen, more than we can give them.

So now that you know what’s happening on the farm…

Here are 2 recipes – a simple collard green recipe & one for beet burgers that a CSA member passed on to us (thanks Cory!). 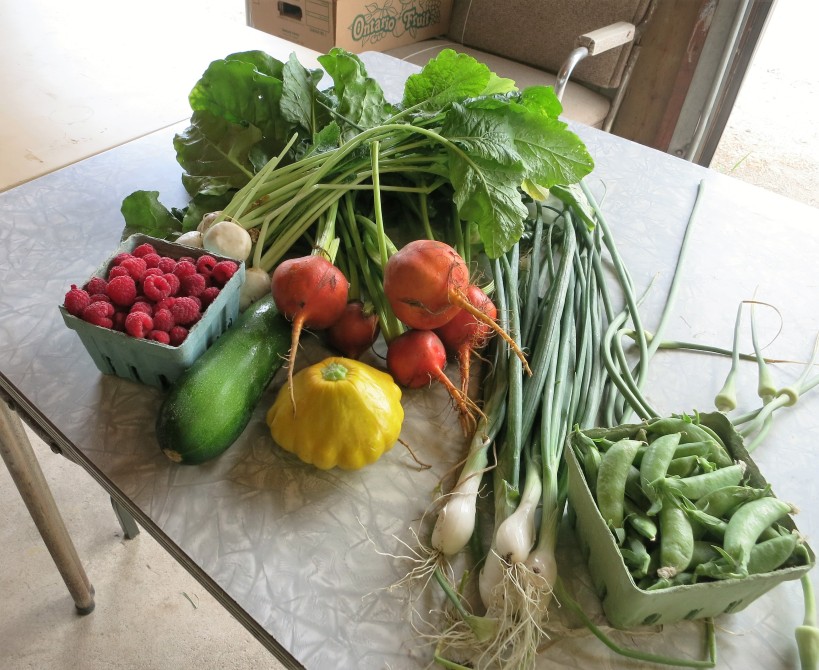 Oliver & one of the Flynns – always reminding us to make time to relax & just chill! 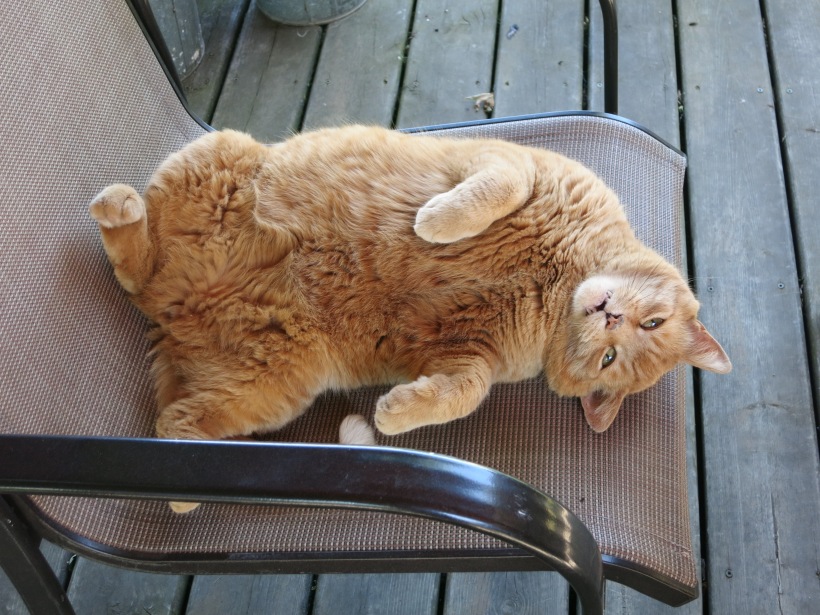 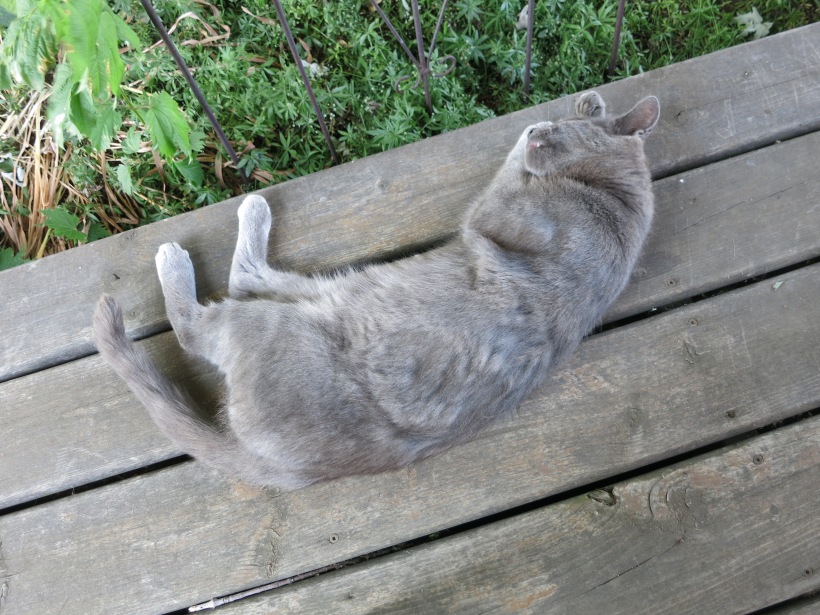