This week marks the halfway point of this year’s CSA already! 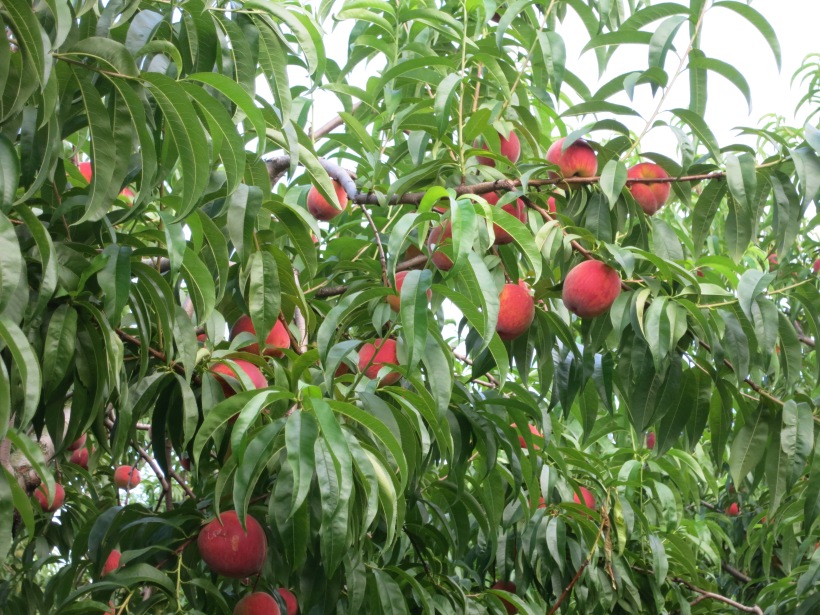 Already some trees are empty – their peaches all picked. They can rest. Their work is done for the year.

Here are some pictures of the CSA pick up last week … 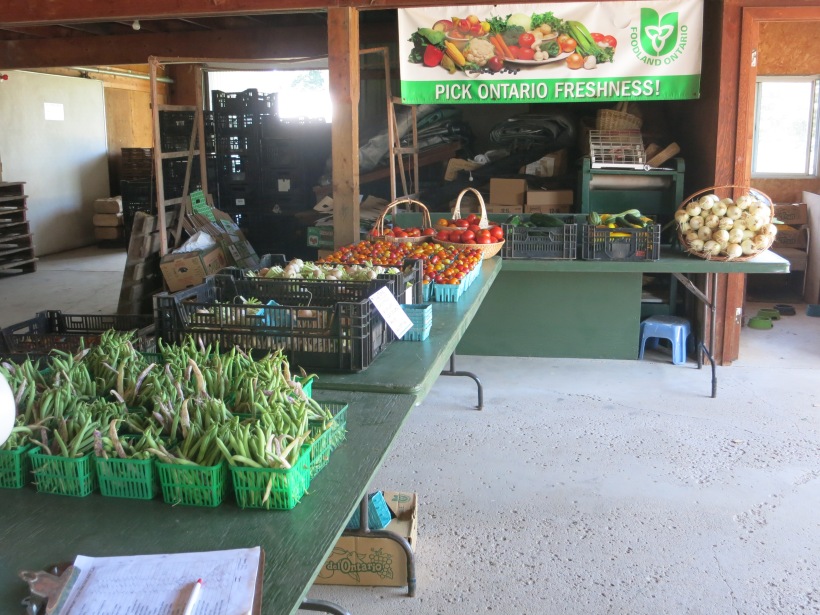 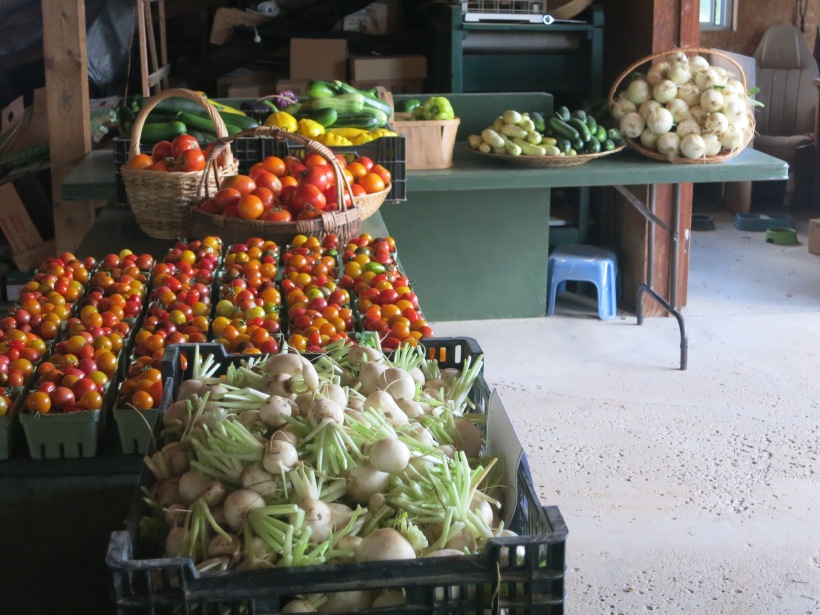 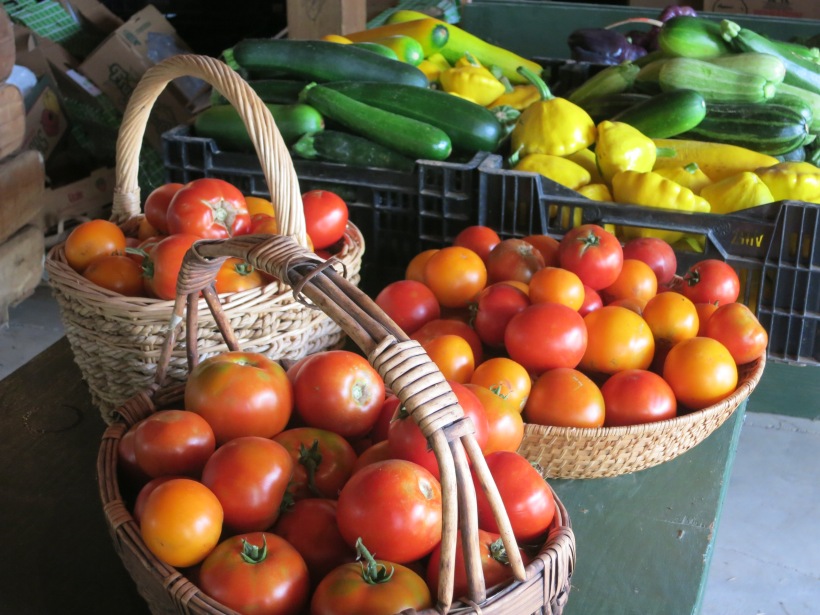 Fruit & vegetables are not the only things growing on the farm. The chickens & ducks seem to be getting larger by the day! 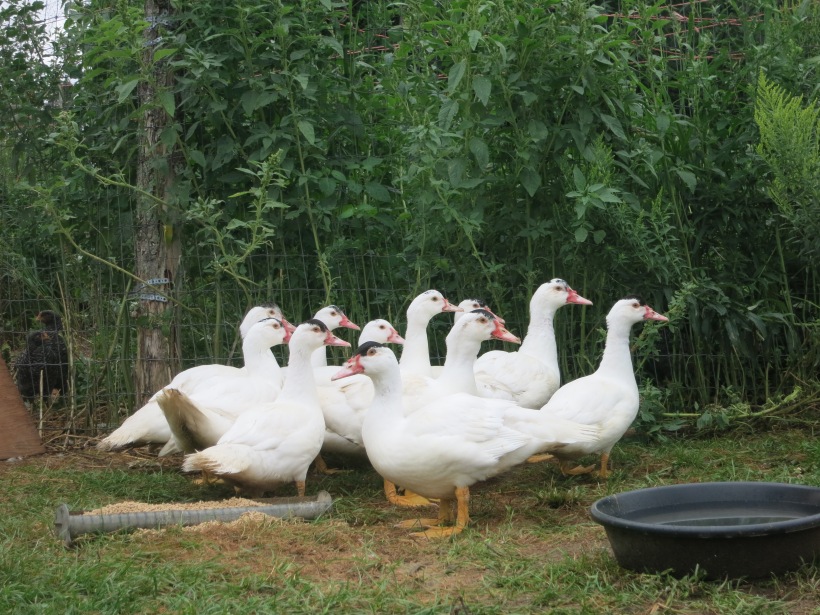